Home » Interesting facts » The Folklore and Symbolism of Snowdrops We all need an early touch of spring after the dark and cold winter months. The flowers are beginning to poke their tiny heads through the soil and the trees are waking up. The Nature welcomes the spring and celebrates the new energy of the season, announcing the departure of winter. Spring weather is unpredictable but there are spring flowers hardy enough to handle it. Snowdrops are one of the most popular spring flowers and a true symbol of the season changing. These early spring emblems are one of the first flowers to bloom in spring. They are enjoyed by many for their lovely white blooms that have great symbolism and meaning among people of different cultures and traditions.

What Does Snowdrop mean?

Snowdrop is a common name for a number of species of the genus Galanthus. The common name of the plant comes from its white, teardrop-shaped flowers which often appear while the snow is on the ground.

Galanthus is a genus of about 20 species of bulbous plants in the family Amaryllidaceae, native to Europe and the Middle East. The species differ in flowering time, size, shape and green marking patterns on the blooms. But generally, they have white, bell-shaped flowers that bloom in early spring, even when the soil is covered by snow. The most widespread species is Galanthus nivalis, also known as the “Common Snowdrop”.

The Folklore of Snowdrops

There are many folklores that are generally associated with Snowdrops.

One of the most interesting stories comes from Germany. In the beginning when God created the earth, he asked the flowers to give some of their color to the snow. All the flowers refused, but the Snowdrop mercifully gave the Snow its color. In return, the Snowdrop was given permission to bloom each year before all the other flowers. From then on, the Snow and the Snowdrop became best friends, always there for each other. The moral of the story is that modesty and generosity have a purifying quality for everyone. This story is not only entertaining and inspiring, but it is also a story of joy, friendship and connection between Snowdrops and Snow.

According to Romanian legend, each year the Sun took the form of a beautiful young girl to warm the earth in the spring. The people loved her and looked forward to her appearance with the greatest pleasure. One day, the monster of Winter known as a Zmeu kidnapped her and hide her in a dungeon. The world became a dark and sad place. The birds sang no more and the waters fell silent. The Sun could not even think that she could escape from the dungeon, until the young man named Hero set her free. However, the poor Hero was wounded and, despite Sun’s warmth, he fell to the ground. He let his blood drop on the floor and the first Snowdrops began to grow, symbolizing the new life and renewal. The nature came back to life, but the young man never got to see spring again.
The Snowdrop is a common symbol of Martisor, the Romanian traditional celebration of the beginning of the spring. The Martisor is an authentic Romanian tradition which has miraculously survived to this day and is celebrated on March 1st. The name itself is a diminutive of March (in Romanian Martie), and thus means something like “little March”. The tradition represents a time of joy and revival of nature. On this day, men give their female friends (mothers, sisters, wives, girlfriends) flowers, amulets and small gifts.

According to Moldovan legend, Snowdrops were born out of a battle between the Lady Spring and Winter Witch. Lady Spring had won the battle and this announced her reign over the Winter Witch, representing the victory of spring over winter. During the battle, Lady Spring cut her finger and the snow beneath it melted and created a Snowdrop flower.

The Christian significance of this flower is related to the nature of Virgin Mary. Snowdrops are a symbol of the Virgin Mary’s purity and innocence. They have been associated with Candlemas, the traditional Christian festival that commemorates the ritual purification of Mary forty days after the birth of Jesus Christ. Apart from that, these blooms were traditionally used as church flowers and were usually planted around the old monasteries.
One of the most popular stories of Snowdrops is actually a Christian tale of creation. When Adam and Eve were expelled from the Garden of Eden into a land of winter where no flowers blossomed and no birds sang, the angel took a handful of snowflakes and blew them. When snowflakes hit the ground, they sprang up into amazing white flowers – Snowdrops. After that, these beautiful flowers became a symbol of hope and empowerment for the future.

The Symbolism of Snowdrops

Snowdrops symbolize modesty due to their bell-shaped flowers which hang down loosely. Snowdrops are often represented as shy flowers, who are afraid to raise their heads. They are small, delicate and easy to overlook, but still beautiful and slightly fragrant. They light up the woodland landscape with their profuse clusters of shiny white flowers.

They also symbolize hope. Their ability to flourish after the cold winter months inspires people to keep going and to not give up. They appear as soon as the temperatures are regularly above freezing and are ready to showcase their stunning blooms in the heart of your garden. Their fragrance is not particularly strong, but it generates positive and comforting vibes, which make us look forward to the next competitive events with confidence.

Snowdrops symbolize rebirth and renewal. They are also a symbol of fertility and new life. They bloom early in spring and show signs of life after the winter time. These flowers can be seen in cemeteries and churchyards where they contrast well with the dark surroundings, representing a cycle of life that finishes while another one begins.

In Victorian England, Snowdrop was thought to represent death and and was considered to be a harbinger of bad luck, which is not surprising as it is considered poisonous. 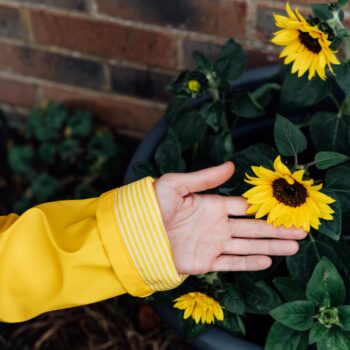