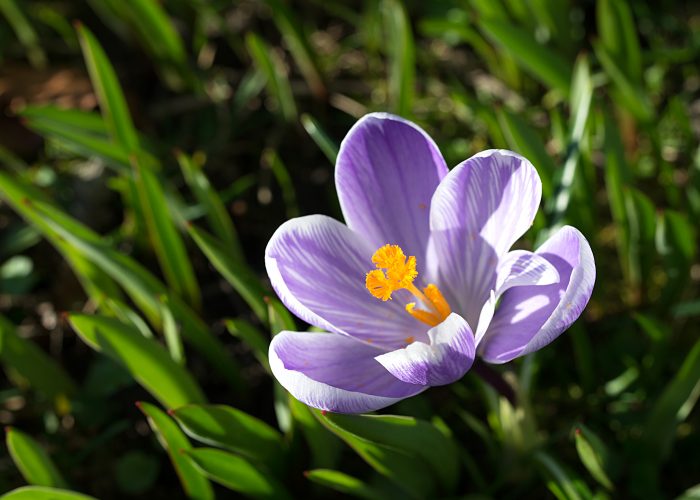 Crocus is a genus of about 90 species of perennials in the Iridaceae family, native to Asia, North Africa, Mediterranean Europe and Alps.
Majority of species are abundant in the wild, from rocky mountains and alpine meadows to woodlands and scrublands. The flowers are cup-shaped and mainly composed of six petals. They come in a variety of colors and are often the first to bloom in late winter or early spring. The true arrival of spring is frequently marked by the bright colors of the Crocus.

The genus name is derived from “krokos”, an ancient Greek name for saffron (Crocus sativus).

Crocus sativus, commonly called Saffron Crocus, is a perennial herb that blooms in autumn. It is native to Greece and Southwest Asia. The plant is cultivated for the production of the spice saffron, especially in Iran, and it is known to have numerous medicinal properties.
It is a famous medicinal herb with a long history of effective use. Saffron acts as an antioxidant, sedative, an immune system booster and is also known as an anti-carcinogenic.
The plant is the source of the spice saffron, which is made from dried stigmas of the plant. Saffron is one of the world’s most expensive spices widely used in the cuisine of many European and Asian countries.

Crocus sativus is also used in cosmetics and in perfumes.

These flowers are white, cream, yellow, blue and purple, and there are even striped varieties.

Although Crocus is tolerant of a wide range of soils, it will grow best in a well drained soil, with a pH between 6.0 and 8.0. 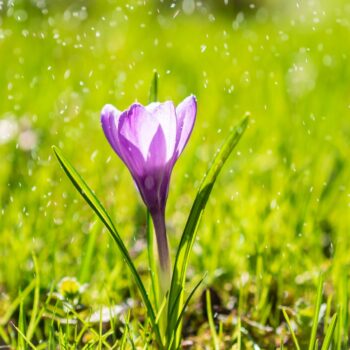 Etymological Meaning of the Crocus The name of the plant is derived from “krokos”, an ancient Greek name for saffron (Crocus sativus). Crocus is a genus of about 90 species…